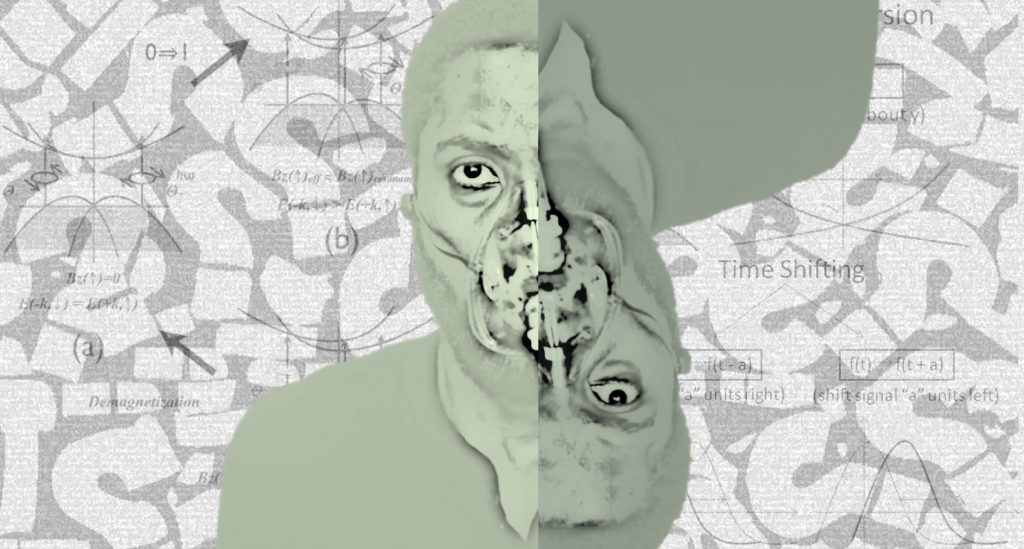 While attempts have been made to avoid spoilers, reader discretion is advised.

However, the much-acclaimed director needs a trip back along his own recent past as Tenet isn’t an engaging or enjoyable watch either. This time around, the theoretically inspired gimmick results in an experience that, despite absolute technical nerve, is painfully tedious.

Former CIA agent ‘Protagonist’ (John David Washington), hero by name and nature, is employed by a secret organisation to locate a weapon from the future that could destroy the past. Ordered to neutralise a Russian oligarch (Kenneth Branagh) with access to the weapon’s ‘trickle-back’ construction, Protagonist gets entangled in affairs of heart and heady time inversion. Assisted by allies of dubious allegiance (Robert Pattinson, Elizabeth Debicki, Dimple Kapadia, Himesh Patel and Aaron Taylor-Johnson), time’s running out to save yesterday from tomorrow.

‘Don’t try to understand it’ Clémence Poésy’s pallid scientist tells Washington after he catches a fired bullet in an empty gun chamber. It’s as much advice for the audience too as cause-and-effect start to reverse places. When the film’s pace builds with head-ache inducing momentum, weaving in and out of palindromic timeframes, you struggle to understand it at all. Any exposition is sparingly given through speedy, globe-trotting scenes with muffled dialogue.

However, considering that Nolan’s penchant for using the principles of his conceptual inspirations to construct his narratives, it isn’t too difficult to realise where Tenet is going. After Memento, The Prestige, Inception and Interstellar, expanding or playing around with the framework is practically a trope in Nolan’s screenplays now. 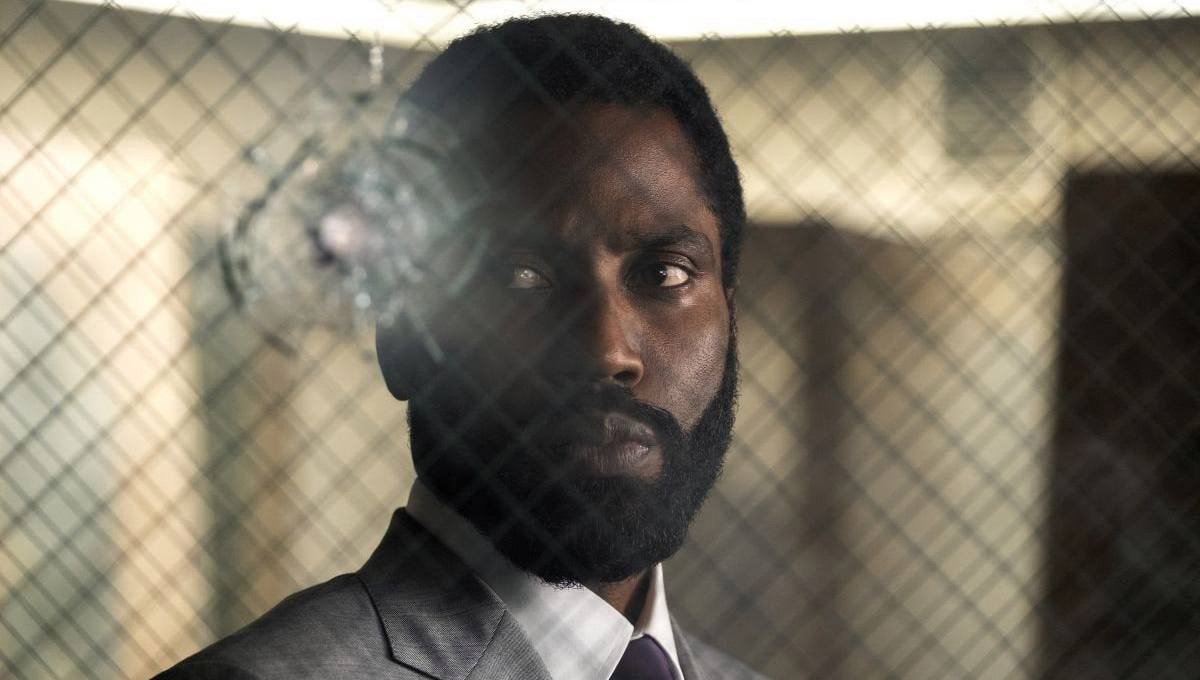 To the director’s credit, the spectacle is more audacious than anything he has attempted before. Technically and cinematographically, Tenet reinforces Nolan’s characteristic style to be both modish and gritty; intricate and immense. Another inventive partnership with cinematographer Hoyte Van Hoytema (Interstellar, Dunkirk) creates an aesthetically-pleasing, brooding powerhouse with queasy, palpable action.

The mind-blowing centre piece, a time-inverted car chase at breakneck speed on a busy motorway (with perceivable satisfaction in the ‘yes-we-did-it-for-real’ production) puts The Matrix Reloaded and Fast and Furious to shame. Between the tangible realism and uncanny rewinding, Tenet is aptly nauseous and jarring. Beneath, Ludwig Göransson’s synth score lurches up and scatters away with all the zeal of Zimmer.

Yet, the realisation soon dawns that an interesting or meaningful story inspired by the unique premise is taking a backseat to the detached, stylish sheen. Tenet gets frustratingly boring. While the crew of time-travellers have all the sartorial appeal of Hugo Boss’ summer range, they’re as sterile as the film’s clinical, vacuumed-sealed surroundings. 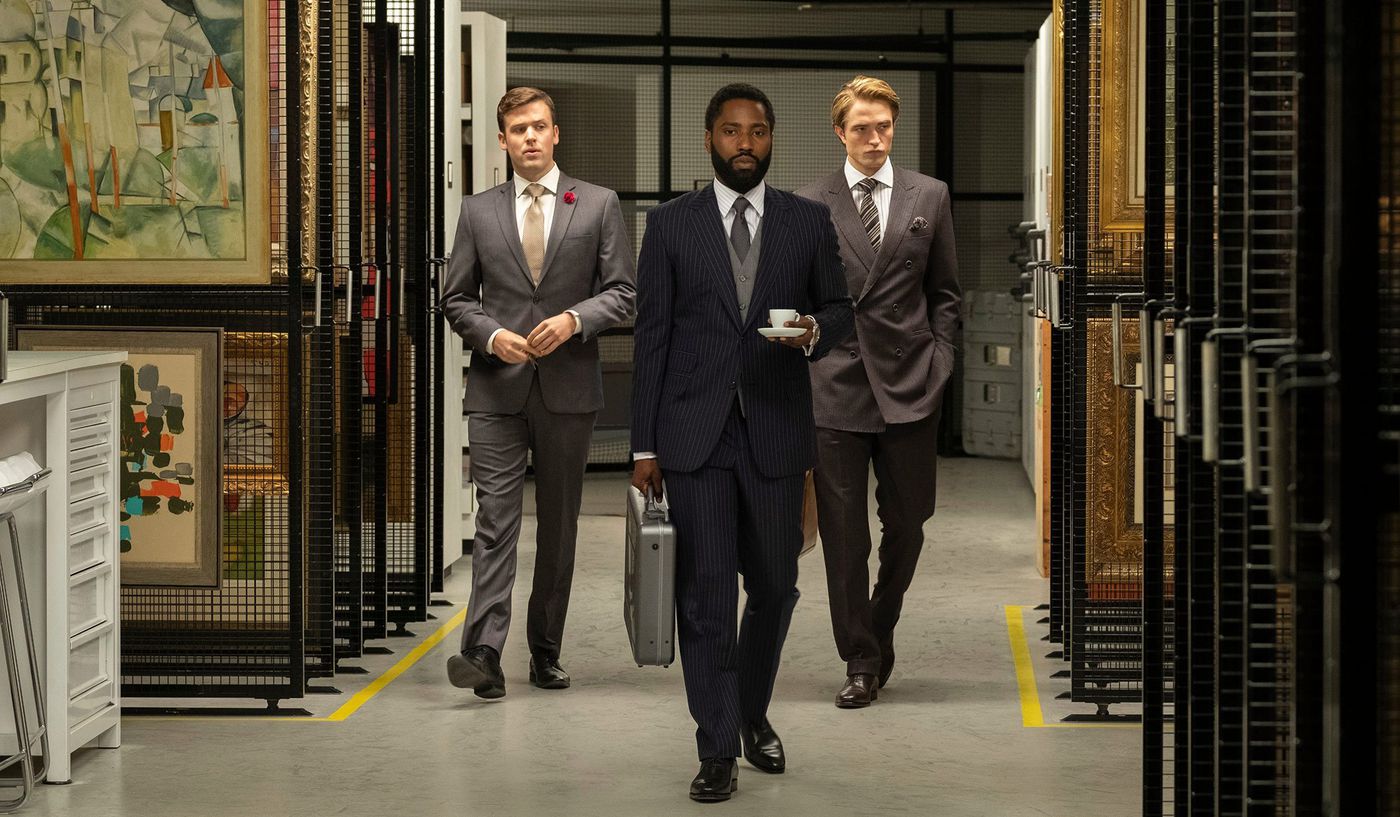 Washington’s stolid, often mask-muffled, lead is possessed of only a few cheeky retorts. Pattinson is even less interesting: a well-dressed sidekick – that’s it. Only Debicki admirably carries the film’s sliver of emotional baggage with resigned toughness.

Meanwhile Branagh hams it up as a brutish Russian thug on an enormous fucking yacht, growling about stuffing ‘balls into slit necks’ like all the mobsters used to do in the Mother Country. Ironically, it’s one of the only intelligible (if extremely stereotypical) pieces of dialogue and characterisation.

The rest involves a lot of dry, drawn-out monologuing about a scheme so absurd, so self-involved and so megalomanic that it makes even Ernst Stavro Blofeld’s plans look reasonable. It could be fun with such lunacy, but everything and everyone is so brittle and po-faced.

Without its defining gimmick, Tenet might just be Nolan’s pitch for the next James Bond writer-directorship, with Washington or Pattinson auditioning for the main part (Not long now, boys!). Admittedly, it’s not entirely mindless and no doubt the portentous mind-fuck has some detailed flow-charts behind it’s complex design.

Is it possible to do ‘just go with it‘? Sure. If a mundane plot with monotonous characters driven by the most accomplished, confounding practical effects is your bag – Tenet is definitely for you. Otherwise, it’s a stuporous, self-indulgent blockbuster that bores for having generic heist thriller stuff happen one way, and then back again on a rewind. Ultimately, it inverts all enthusiasm.