Parasite might seem funny on the surface but it stings with severe critique below. Bong Joon-ho’s deceptive, tragicomic thriller not only feeds off a vicarious desire to see illicit plans succeed, but the whole class order turned upside down.

Living in a cramped semi-basement apartment in Seoul, the Kim family rely on short-term, menial employment to make ends meet. When young Ki-woo (Choi Woo-shik) is given a chance to disguise himself as a tutor for the rich Park family, he spies a greater opportunity.

The Kim’s instincts for enterprise are brought to life by the cast’s deft and endearing performances. Choi’s ambitious yet whimsical Ki-woo is soon upstaged by the brazen determination of sister Ki-jung (a whip-smart, laconic Park So-dam) to bring the rest of the family in on the con.

Song Kang-ho and Hang Hey-jin raise eyebrows as well as laughs playing the ironically encouraging parents who are active in the success of their children’s meticulous schemes. Soon enough the Kims are crawling in, usurping the house staff one by one from the Park’s serene yet sterile home, and exploiting the upper-class family’s distant, disinterested dynamics.

This tightly knit foursome of terrific actors invest such hearty comradery and sheer ingenuity into the family you can’t help but root for them. The Kim’s irresistible rise over unbalanced mother and ‘home-maker’ Choi Yeon-gyo (a hilariously neurotic Cho Yeo-jeong who manages to steal every scene she’s in) seems thoroughly assured. 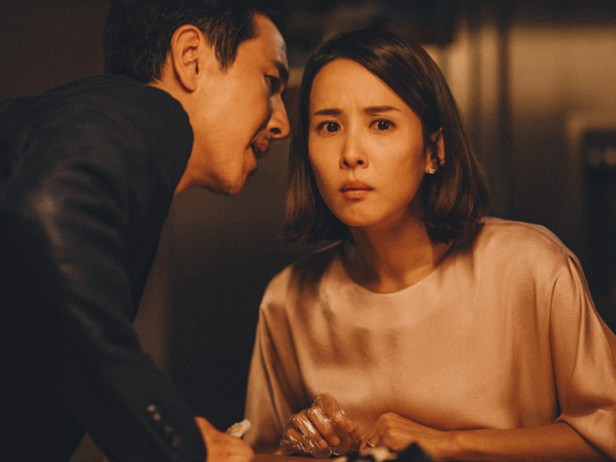 Or so you think. Just as Bong composes a lively, farcical atmosphere (assisted by Jung Jae II’s mischievous classical score) he lurches Parasite down into darker, confronting depths. The director-writer stresses class relations as not merely parasitic but also symbiotic, consistently emphasising not only exploitation but dependency across the social divide. It infects these characters, from driving personal ambitions to stirring sexual fantasies.

Bong and co-writer Han Jin-won are really stabbing at the immoral scramble of the social order itself. Without exception, no-one escapes the consequences for the doing-over of others. Parasite won’t act as a bold, unstained manifesto for the contemporary proletariat! While the history of class struggle certainly isn’t new to film, Parasite’s sly power lies in Bong infusing this critique into every aspect of the work.

It emerges as much in the little details, such as subtle uses of symbols, cinematography and space (cinematographer Hong Kyung-Pyo’s consistent framing of the families in juxtapositions of closeness and distance) as in it’s bolder statements (a gasp-inducing, gory climax of class antagonism unleashed).  Even in the moments when it leans towards Okja and Snowpiercer’s magical realism (depicting a deluge of almost biblical proportions) this only broadens its depiction to the hardship and danger of all those held down in our current world: from precarious workers of the ‘gig economy‘ to those refugees fleeing economic or environmental degradation.

As social satire for our ever divisive, uncertain times, Parasite is cutting, relevant and wickedly genius.